Synopsis
The Mediterranean. Because men have been traveling there for thousands of years, it is believed to have no secrets. And yet, far beneath its surface, there are vast underwater territories that man has never yet visited, lush gardens worthy of the most beautiful tropical coral reefs. Very little known, these natural gems of temperate waters blossom beyond the depths accessible to the traditional diver, in the twilight zone where less than 1% of the sunlight reaches between 60 and 120 m deep. If diving at such depths is always a challenge, staying there is a fantasy, a utopia that becomes reality in Planet Mediterranean.
Following in the footsteps of Captain Cousteau and his "houses under the sea", the team of diver-photographer Laurent Ballesta is preparing to live an unprecedented mission in July 2019: to spend 28 days in a pressurized cabin allowing them to dive in the 100m zone as they wish, freely and without time limits.
From Marseille to Nice, the adventurers will reveal the treasures of biodiversity that the Mediterranean holds and study the little-known ecosystems of its depths. A human, technical and scientific challenge, this mission, unique in the world, will bring together the three values of the GOMBESSA expeditions: adventure, science and beauty.
Realisation :
Coproduction : 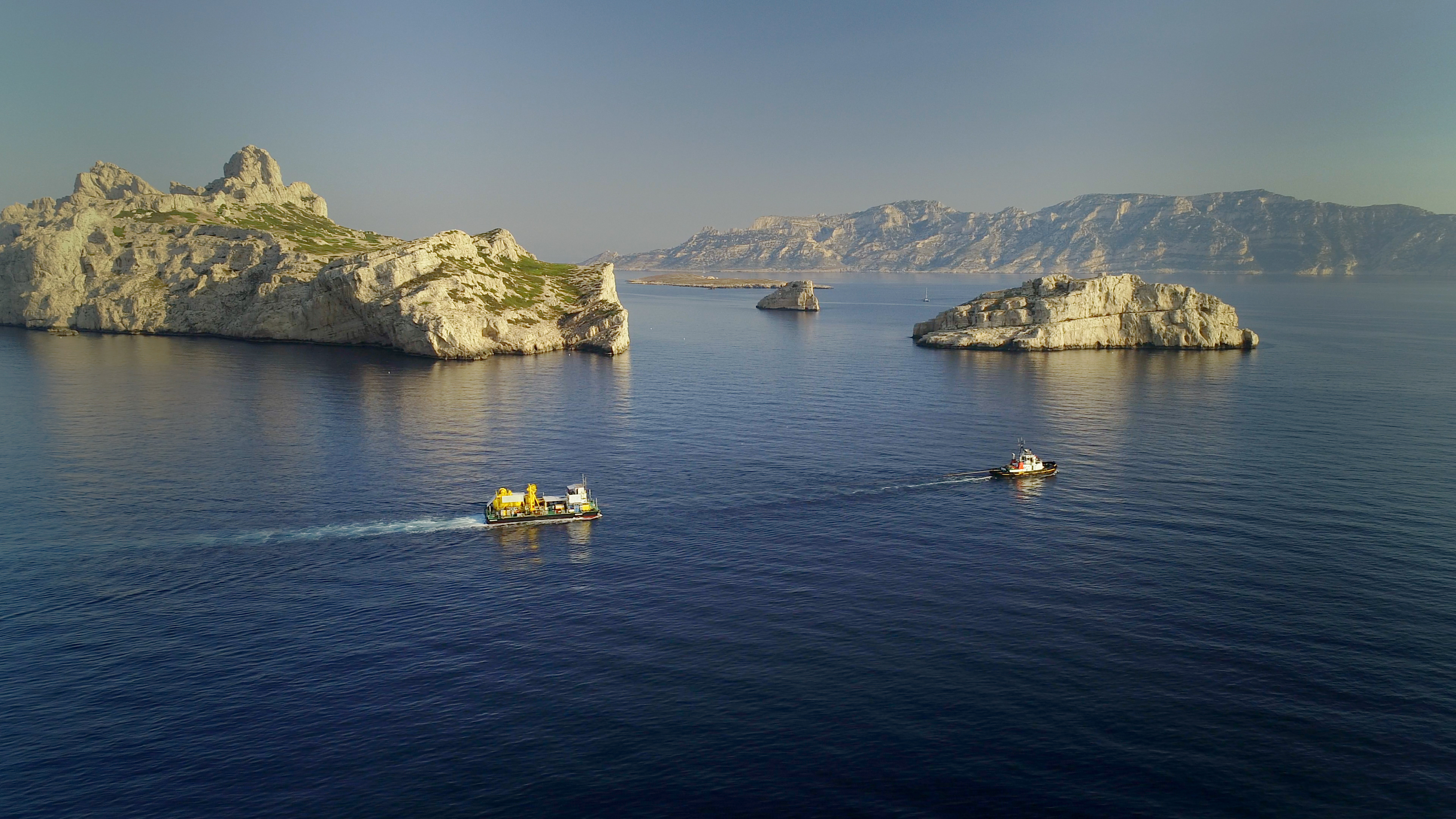 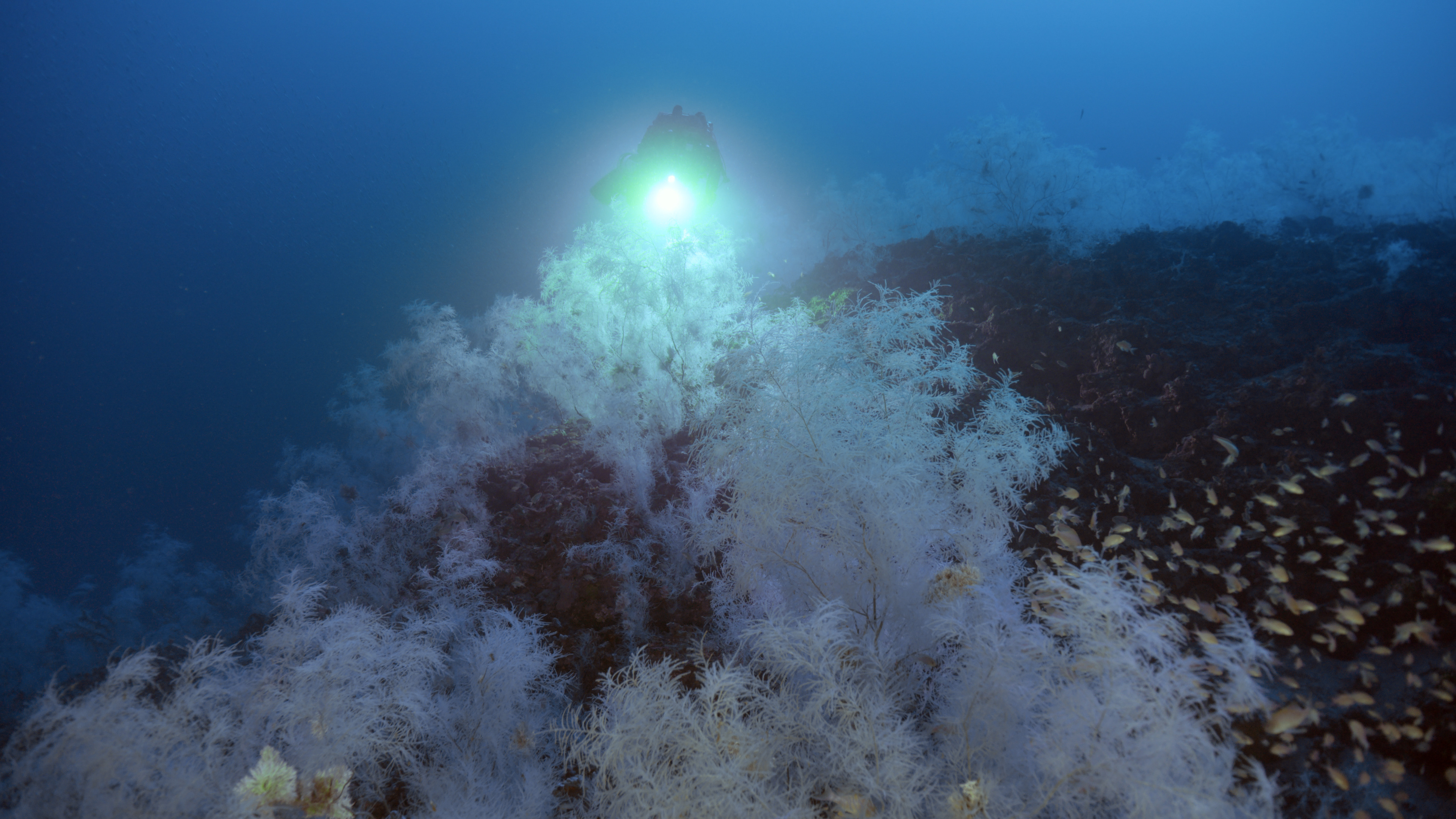 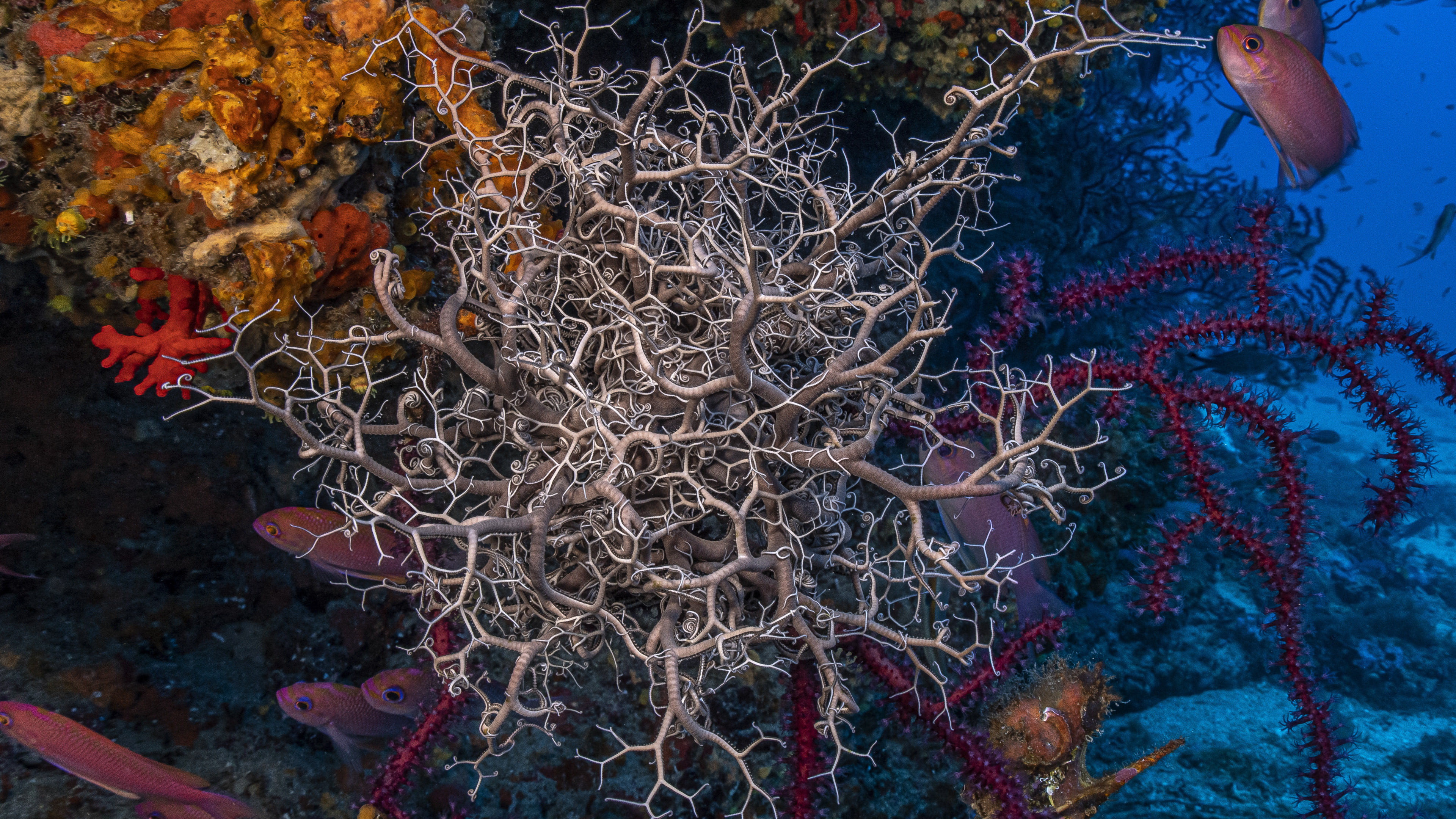 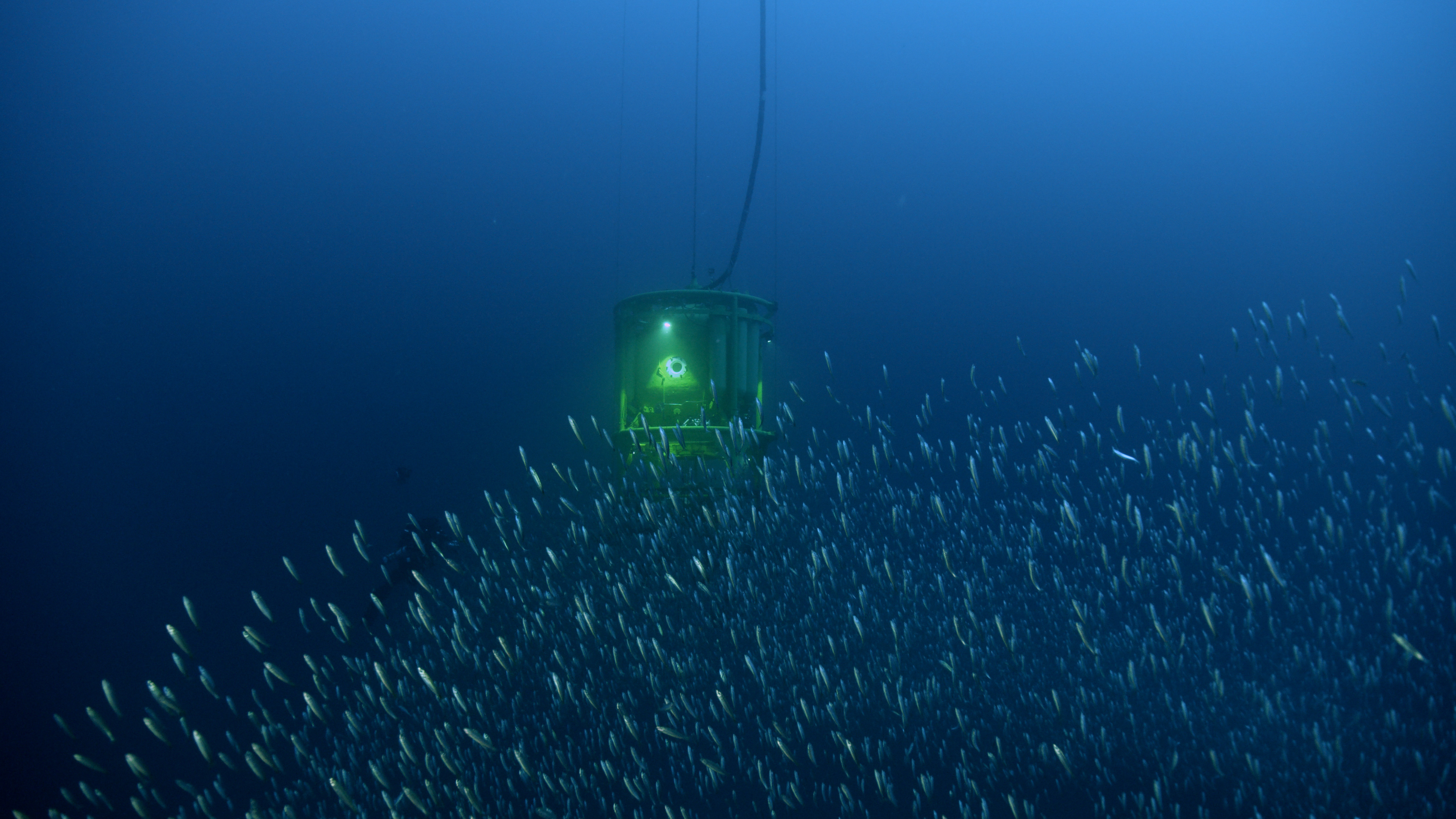 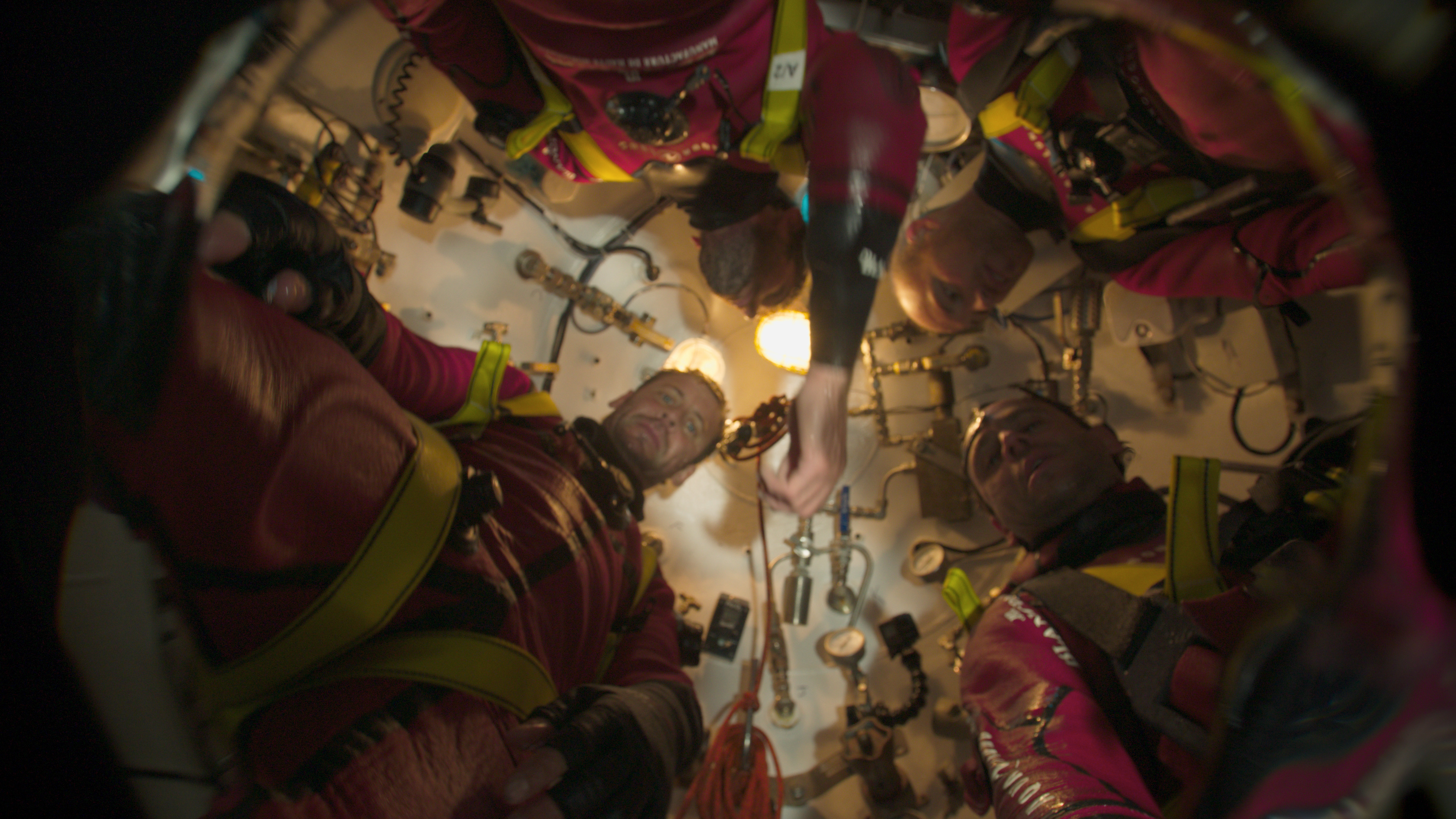